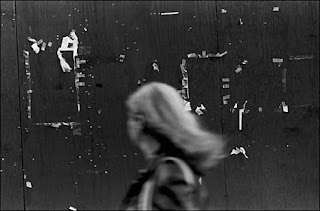 The president of Local 799, Paul Doughty asked me to be the keynote speaker at this years 9-11 memorial service at Police and Fire headquarters. It was short notice but I put the following words together just in time. I thought I would share them with you.

It’s vitally important that we come together on this date to honor those who lost their lives on September 11th, 2001. It’s hard to believe, but six years have passed. The memorials have grown smaller, the painful memories easier to bear. Some people prefer to block it from their minds, act as if it never happened. That’s their choice, not ours. Time marches on; new experiences take place of memories we once thought would be with us forever. From the depths of sorrow, we find hope. It’s a good and necessary thing. Without it we would be crushed by the weight of sorrow that builds as the years go by.

We’ve learned to live with the painful memories from that day, but we will “Never Forget!” It’s up to us to keep the memory of the fallen alive. This isn’t just another day. It’s a day when every American, especially Firefighters needs to stop and think of what we have, those who fight for it, those who died protecting it, and vow to keep their memory alive.

Never forget that every time we put our gear on the truck we honor the memory of the 343 firefighters who died while doing their job six years ago. Every one of us knows we may be asked to risk everything while doing our job. It’s not heroic or glamorous or anything else we may have thought it was before we took the oath. It’s simply what we do. We are born with it; it’s in our blood. Some see it as a curse; most consider it a blessing.

The firefighters that died that day were people like us, proud of their profession, their families and their ability to save lives and protect property. I’m sure there was a little swagger in their walk that morning when they started their shift; confident they could handle anything thrown at them and somehow walk away. We think the same way, if we didn’t, we wouldn’t be wearing these uniforms. But with that swagger comes a price. People expect us to save them, and we usually do. Sometimes we don’t, and sometimes we die with them.

Thousands of regular citizens showed up for work that day, entered the elevators, sat at their desks, talked at the water cooler and got prepared to start their day. Nothing could have prepared them for what happened next. Most of those that weren’t killed instantly waited. For us. We responded. As the world watched the drama unfold on their televisions, helplessly, we responded.

If they thought the job hopeless, they never would have tried it. They thought there was a chance, and they marched to their deaths. They didn’t go to work that day expecting to die. None of us go to work expecting to die. Ours is a different profession. We take risks. We work hard and punish our bodies, not because we have a death wish, rather, we have a wish that we can make things right when they go horribly wrong, as they did on September 11th, 2001. Those who entered the towers thought the poor souls on the upper floors had a chance and they went to go get them.

When the first tower fell, I knew. Before the top floor hit the ground, I said to my wife, “We just lost a lot of firefighters.”
“Why were they still in there?” she asked.”
“They were doing their job.”
She looked at me, shook her head and looked back at the TV, knowing if I were there, I would have been in the tower. It’s harder on our families than it is on us.

We owe it to the firefighters who died that day to keep getting on that truck and doing our best, whether it’s in New York City, Providence, Warwick or Cumberland and to keep doing what they did six years ago for them the final time; Our duty.

I learned an important lesson that day and the weeks and months to follow. The people we are sworn to protect are worth protecting. We stood together as a nation like nobody could have dreamed possible. We remembered what it meant to be Americans; we stood together, cried together and together have moved forward. Racial and economic divisions didn’t matter, differing political philosophies were irrevalant.

In a many ways we’ve returned to our pre-911 mindset, and that is unfortunate, but the togetherness and resolve that existed then still resides in all of us, and comes to the surface when necessary. I know it’s there, I remember, and that is what keeps me going.

It’s good to be alive, and an honor to be part of the Providence Fire Department, and member of local 799, but most of all, it’s good to be a firefighter.

Because we were Firemen